How much does the mobile app development costs?

Each business, which has well built-up web resources, eventually comes to the idea of creating a mobile app. And the first question that comes up is “How much does it cost?”. We are always glad to consult our clients regarding the costs, but let’s face it – this question is so hard to answer, so complex, that we decided to write the whole article. The general answer to this question is “somewhere between $10000 and half a million $”, and such a piece of information won’t be helpful. It’s impossible to name the exact amount without any context. So, let’s add some and have a closer look.

What does the price include?

First, let’s figure out what components make up the price of the app. The primary stage of app development is business analysis. You need to know if your concept is legit, will it be in demand, and will it have any initial success. Also, you need to clarify all the requirements for developers, which parts of your ambitious plan are realistic to accomplish, and which will be too complicated or impossible to implement. And finally, does your future app follow all the necessary Google and Apple app stores rules – both legal, technical, and ethical. Global experience tells, that business analysis takes approximately 10% of the app development budget.

Moving on – the second stage is design and prototyping. Here you/your team/hired agency creates visuals of your future app according to previously defined requirements. And after approval, a clickable prototype to check if everything works fine regarding visual appearance. Badly designed or set up UI and UX of the app is an imminent failure.

Maybe it sounds simple in a couple of sentences, but this stage could last for weeks with all the editing and harmonization. So, if you have a brand book with your corporate design, it could speed up the process. Designing and prototyping often take near 10-15% of the app development budget.

By the way, read our article about why developing a complex brand design for your business could save you money and time.

The next stage is the most resource-intensive – codding the app. Always, when someone mentions coding, you imagine a programmer with a tense facial expression, sitting with a laptop, typing rapidly. But that’s not what the whole coding process consists of. First of all, typically there is more than one programmer because development is a cooperative process. Even the smallest commercial application requires at least two or more developers.

Also, it’s always for the best to have a project manager (PM) and QA engineer along with code writers to distribute the responsibilities effectively. The more team members you hire, the higher price you will get. Development of app functionality, architecture, and testing typically takes 50-60% of the budget.

Speaking of the team. One of the necessary steps in the app development process is project management. It’s highly unlikely, that you will decide to hire several freelancers and become sculpting a team of them. It will be an IT Department development, not an app development. Hence, you either will hire a professional PM, or the agency you hire will put their PM in charge of your project.

Anyway, this is a substantial part of a job. Hiring the project manager to control the process from the start to the end will take more than 10-15% of the budget. 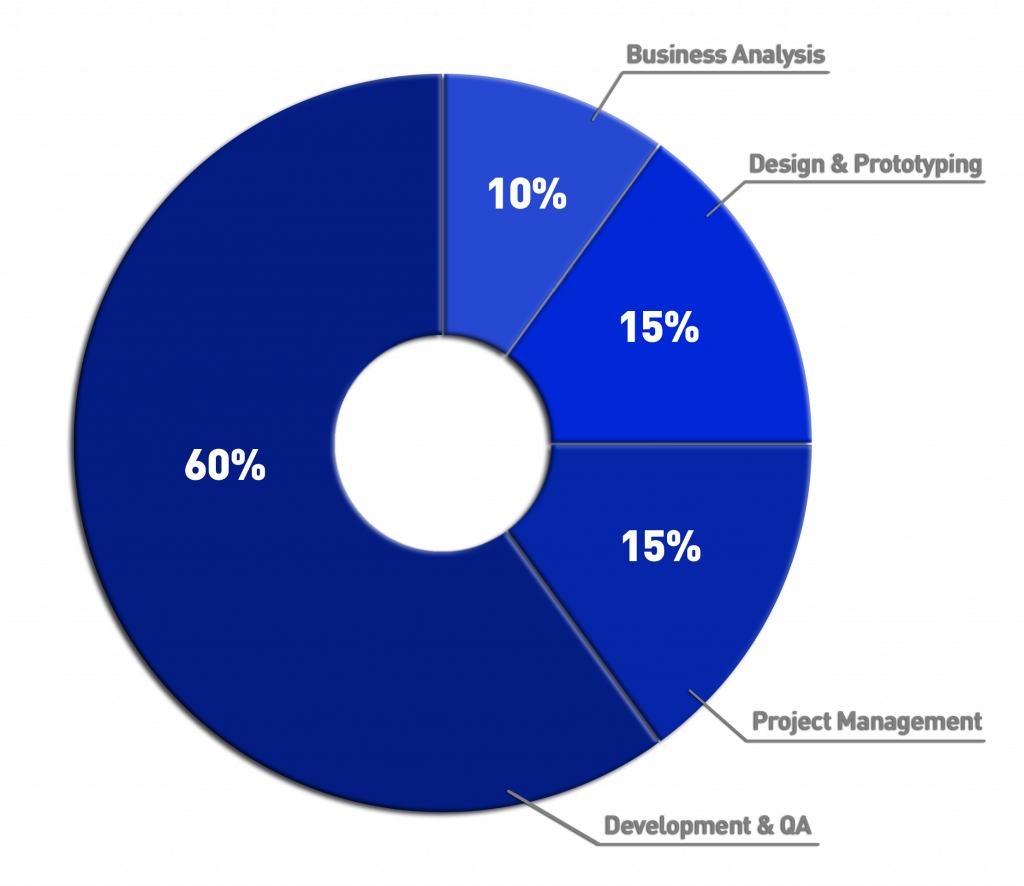 So, typically, the budget for app development is distributed that way (taking the upper values):

The next aspects, which directly influence the pricing – the type of your project, and the number of features. An app for ordering a pizza will be way cheaper than a full-fledged social network. But the app for ordering a pizza with the mini-game and visualization of adding the filling, 3D models of pizzas, and AI consultant could cost like a small social network. Each type of app requires a minimal amount of essential features, which vary in different types of apps. 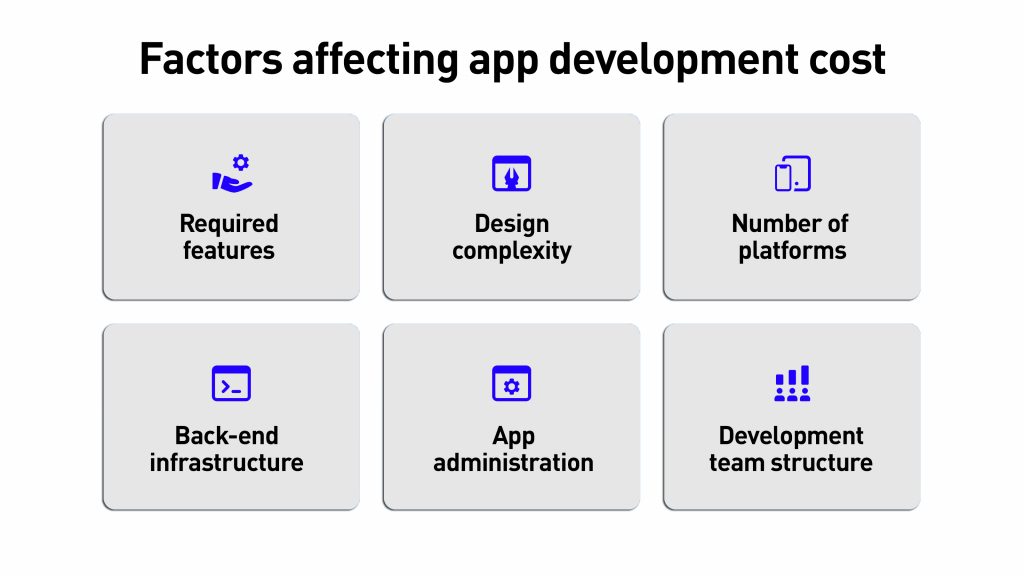 Also, there are numerous additional features you may include during the development process. For example, simple push notifications or custom-built authorization. Such an upgrade will immediately add a couple of thousand dollars each to your spending. Or optimization for tablets – such a move will increase your development spending by 1.5 minimum. However, tablet optimization should be justified. Either your app is (or will be for sure) very popular, and you want to cover all the possible platforms, or you want to introduce some additional functionality, available only on tablets. The association with pizza again arises – there is a list of required fillings, you can add more for extra pay but not less. On average, from a small fully offline app to a large enterprise app, the price may differ by about 10 times. 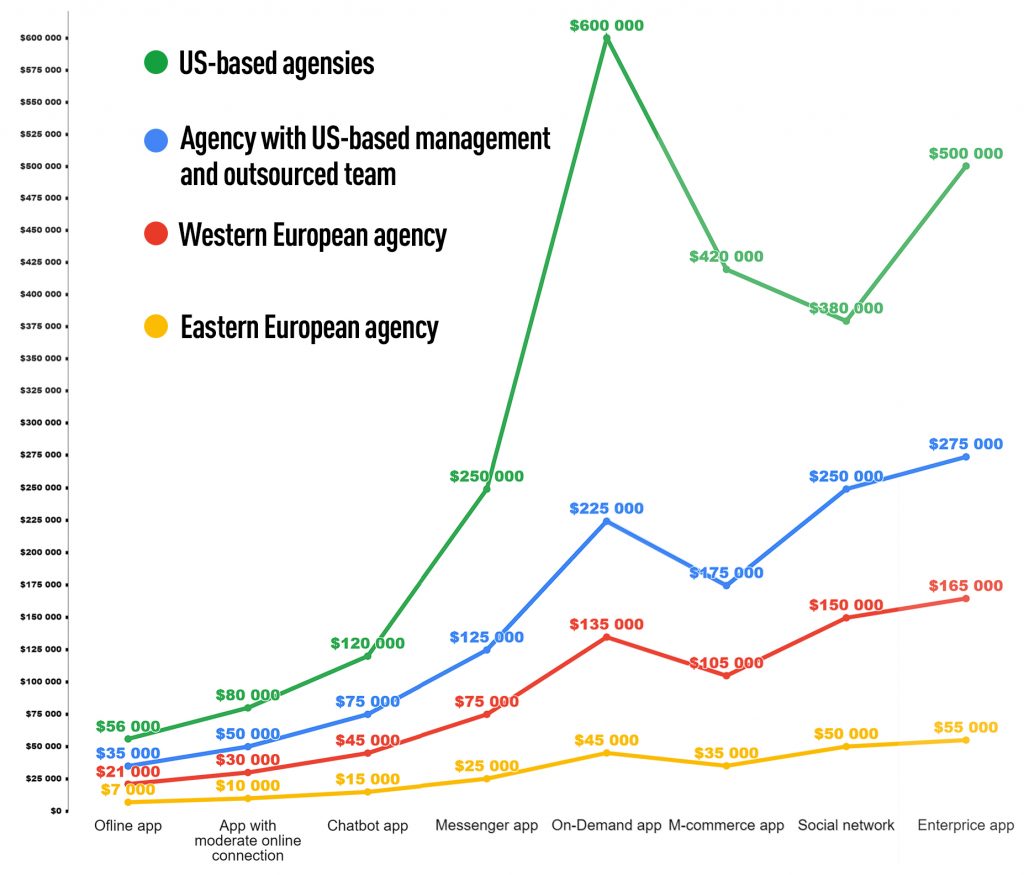 Look forward to our future article about the difference in prices of web/app/software development in various regions of the world.

Need to mention that there is a huge difference in prices from country to country. The highest prices, for now, have teams, located entirely in the USA. Companies with headquarters in the US, but with teams in different countries, are cheaper. And the cheapest are the companies outside the USA. As you see, the USA is a driving force in the worldwide IT industry, the “made in the USA” label often doubles the price tag.

But we, Code Harbor, take the liberty of saying that, the most expensive option isn’t always the better. And as we mentioned in the recent article, the Ukrainian IT industry is on the rise, despite the war, pandemics, and all-encompassing crisis. Ukrainian IT specialists are in demand all over the world.

Let’s finally talk about numbers. We will use pay grade and time-spend statistics of Eastern European companies. The whole process of developing a middle-sized mobile app with a modest number of functions takes approximately 800 hours. An average pay grade of an Eastern European specialist is $25-55 per hour. Let’s take an average of the average – $40/hour. Multiply 800 hours by $40 we get $32,000. Of course, the app could be simpler, thus, the price could be lower, and vice versa. Near $19000 would be spent on the development itself, ~$3500 for business analysis, and ~$5000 for design and project management each.

Important point – given prices show the cost of mobile app development for one platform (Android/iOS). Hence, if you want your app to be cross-platform, multiple numbers by 2. As a result, the development of some abstract app, for example, a medium-leveled M-commerce app for both most popular platforms, will cost your company from $55,000 (modest evaluation) to $75,000 (“all-inclusive” mode). 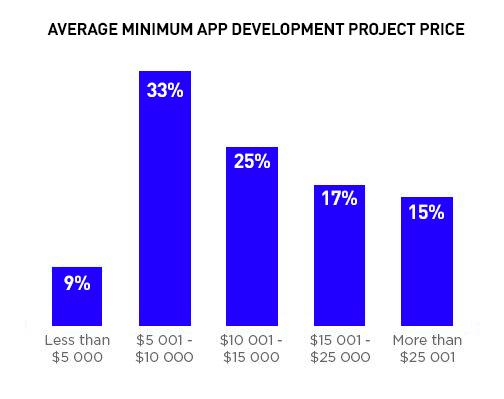 Honestly, despite we figured out a number, it’s nearly impossible to predict how much you will spend without knowing what type of app with which functionality you need exactly. The number above is absolutely abstract. This is totally a spherical cow in a vacuum. There are numerous technical, legal, and adjacent factors, that could affect the final price. But we, at Code Harbor, are always ready to answer such a question and give you an approximation after 15 minutes clarification call.

To learn more, visit our website. Or, if you already have some idea in your mind and want to know what to prepare for – set up a call on our Calendly, and let’s discuss.